The cornerstone to the new church in Bykle was laid down on January 1, 2000 by the bishop, Olav Skjævesland. Drawings made by schoolchildren in Bykle and Hovden were placed inside the stone. At the same time the church was appointed to be the millennium building in the municipality of Bykle.

On September 5, 2004, the same bishop consecrated the church. The architect was Hans Olav Aanensen from the company Drange & Aanensen Enterprise. The main contractor was “Brødrene Reme”, but other subcontractors were also involved. In total, the cost for building the new church in Bykle, including furnishings and art decorations, was almost 30 million Norwegian kroner.

But why did the local authorities decide that Bykle needed a new church, in addition to the old one? From the 1960s to the turn of the millennium, the population in Bykle more than doubled, from less than 500 inhabitants to just under 1000. The old, beautiful church had therefore become much too small. Besides, it had been discovered that the rose paintings were being damaged due to the electrical heating, causing the air to be very dry. The Directorate for Cultural Heritage wanted to ensure that the church was not used too often, especially not during the winter time.

The new church is a wooden church centre. The church is rectangular with a saddle roof. The choir is integrated into the nave. The floor space of the ground floor is ca. 350 m2. On the long sides and at the entrance there are low wings with rooms for different activities. The floor space of the gallery is ca. 80 m2. The walls are painted white and the ceiling has a visible wooden construction

The new church in Bykle is characterized by modern art. What is special, is that all of the art is so well integrated to the building. There might be several reasons for that, but the most important one is probably that the painter and multi artist Per Odd Aarrestad joined the process at an early stage and became part of the planning and designing of the church along with the architect Hans Olav Aanensen and the building committee. Aarrestad is first of all known for having decorated several churches with his art. In the new church in Bykle his art is consistently implemented in the building. The floor is covered with slate. Aarrestad has done all of the artistic decorations: The stained-glass painting on the fund wall, the altar, the altarpiece, and the altar rail, the baptismal font with running water, the pulpit, and the mosaic in the middle of the aisle.

The white painted walls make the church look bright and pleasant. There are 220 seats in total. The room has got an exceptionally fine and pure acoustic. Musicians even claim that this is the best concert room in all of Setesdal.

The organ was built by Nils Arne Venheim in 2005 and is placed on the gallery above the entrance. It has 15 stops divided over Great (8), Swell (5) and Pedal (2). Both the organ house and the façade are made of pine.

The lower floor has a floor level of ca. 340 m2. There is a well-equipped modern kitchen located here, a large meeting room, an office, a children’s room, store rooms, a mortuary, and toilets. The ‘church basement’ is used for many different occasions in connection with Sunday services, baptisms, confirmations etc.

As late as May 26, 2014, a new cemetery was consecrated. The local pastor in Bykle and Valle, Terje Seilskjær, who was also interim rural dean at that time, was in charge of the consecration. 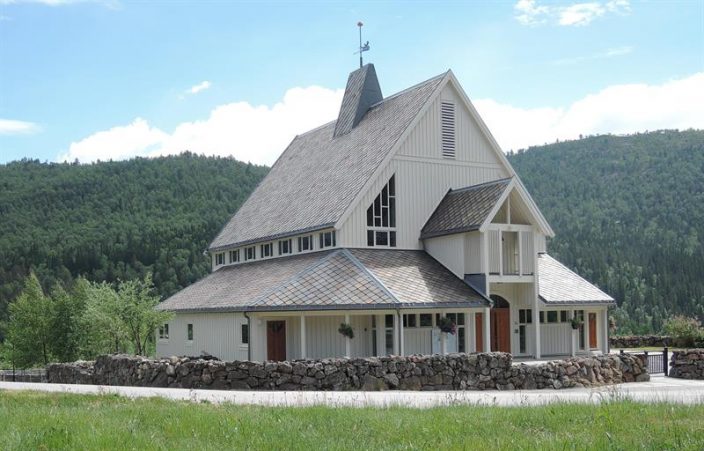 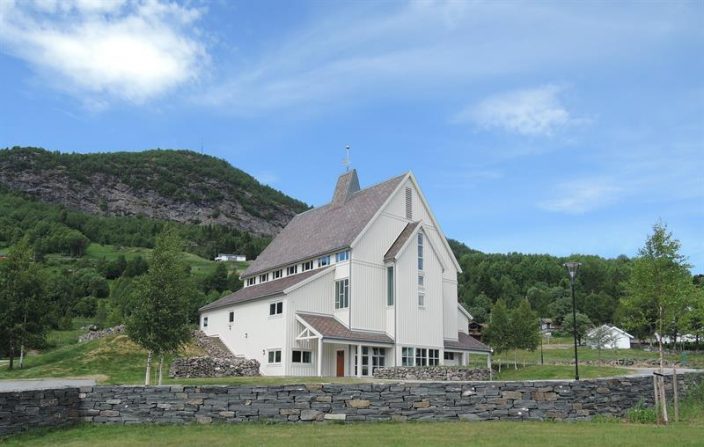 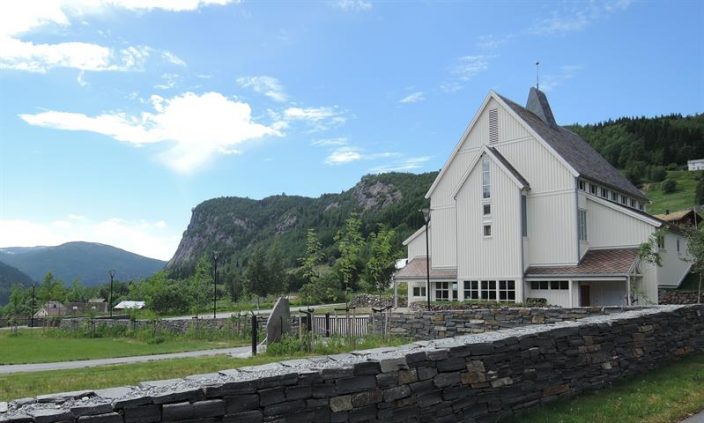 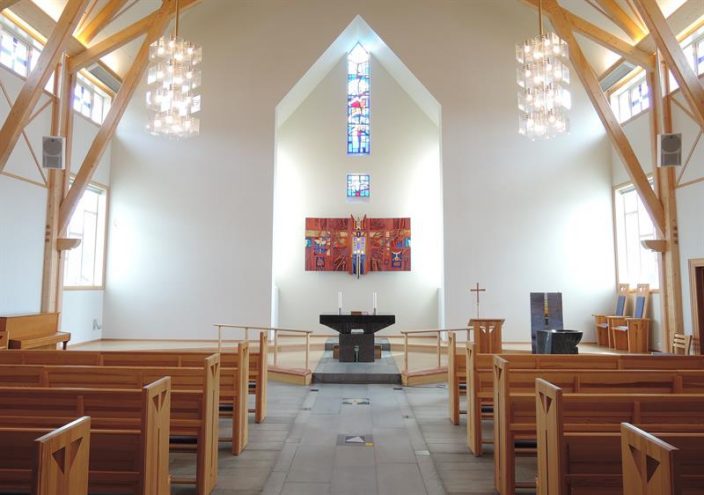 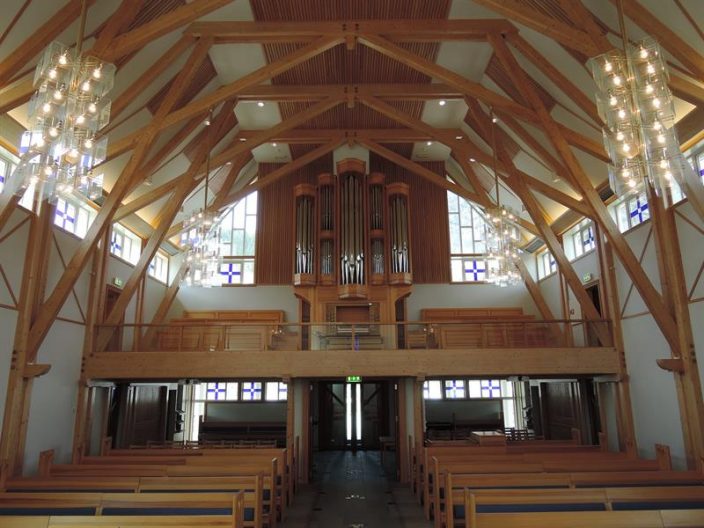 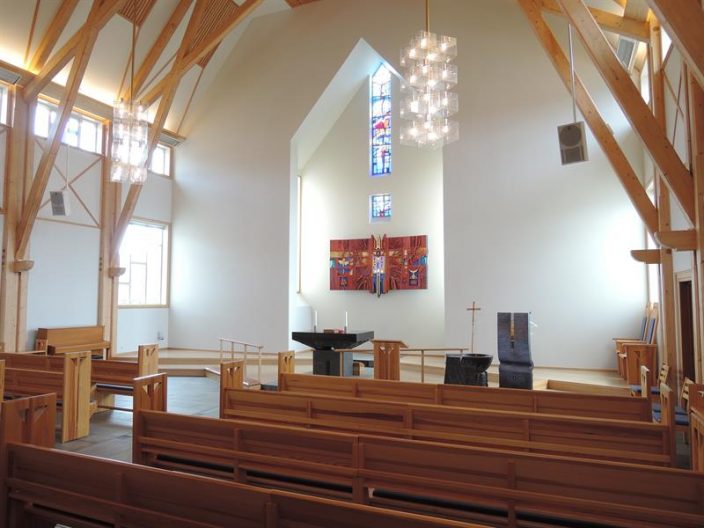 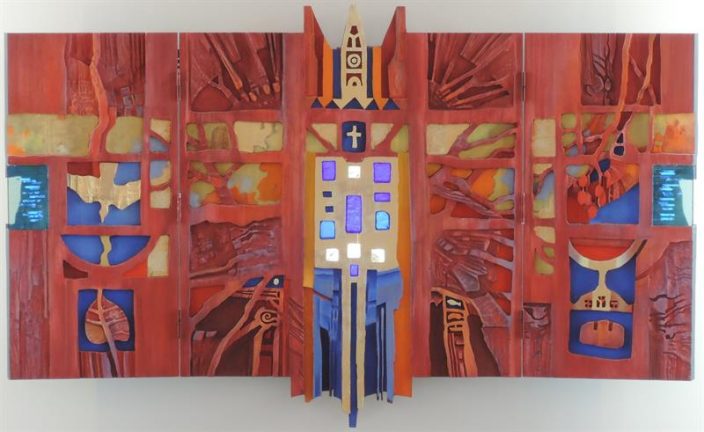 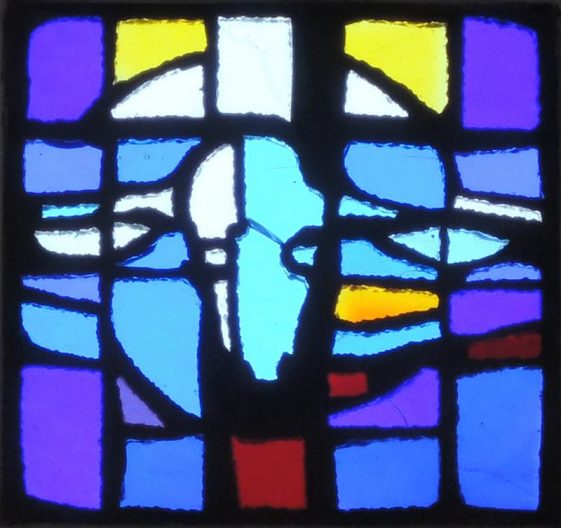 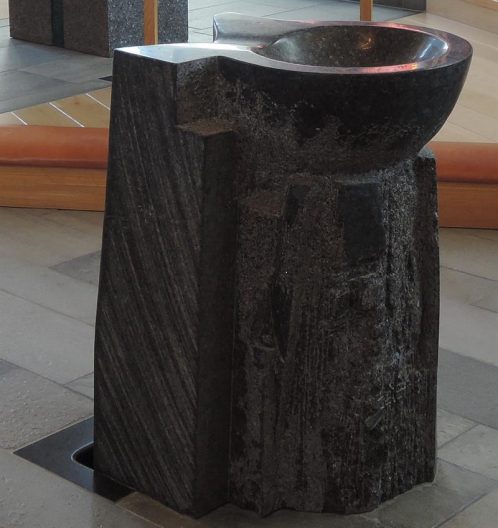 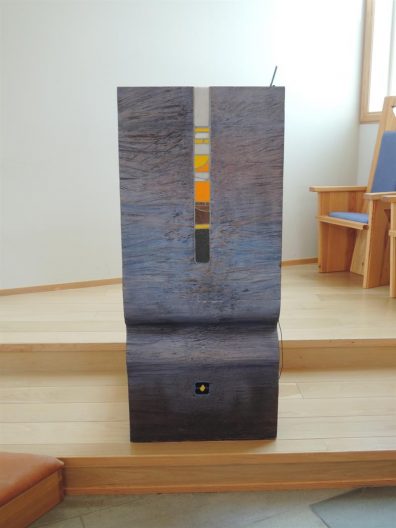 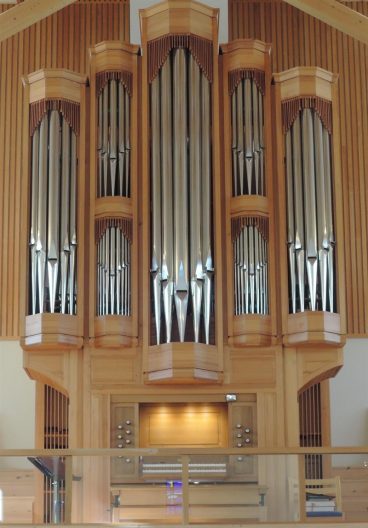