In the river Otra and its waterways there are 14 reservoirs. Nine of these, including the four largest, are located in the municipality of Bykle. The smallest ones are mainly concrete dams, but the large dams in the lakes Botsvatn, Vatnedalsvatn and Urevatn are constructed of rock, gravel and moraine/asphalt.

The impressive Vatnedalen Dam is one of the highest reservoirs in Northern Europe. The construction work started in 1978 and was completed in the autumn of 1983. For this project, a total of 5.2 million cubic metres of mass was required.
The reservoir supplies water to the Holen Power Station. With the addition of water from some other reservoirs, the Holen Power Station has a production capacity of 888 million kWh electric power.

The Vatnedalen Dam is situated straight west of Berdalsbru, approx. 15 kilometres south of Hovden. You may drive all the way up. The reservoir has two dam structures, and the dam to the left has a large parking place where you also find a large information board. The dam is accessible to the public during the snow-free months of the year. 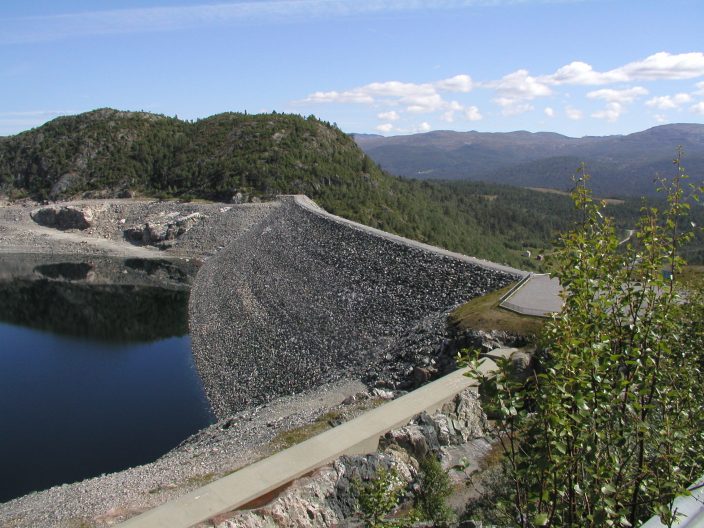 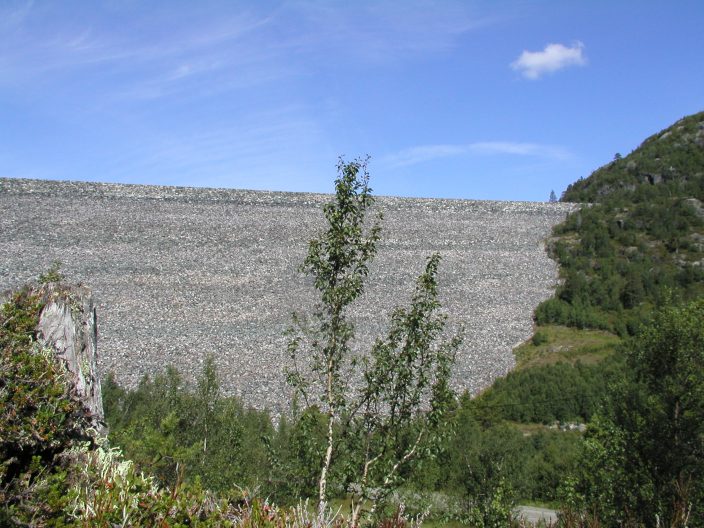 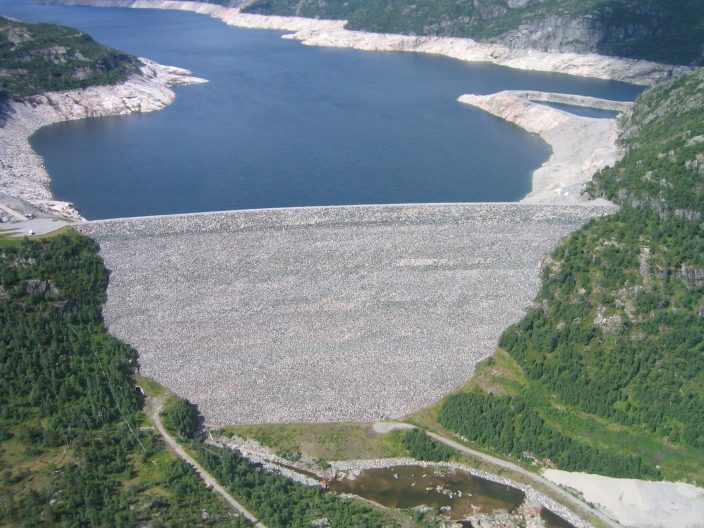