From the first snowfall in November until April 24.

The chairlift to the summit Nos in Hovden has been in operation since 1968. Today, the Hovden Alpinsenter is a modern facility, well adapted to every age and skill level.
With its 34 pistes, eight lifts and a total of 42,5 kilometres of groomed descent, Hovden Alpinsenter offers a large variety of slopes.
The service building has ski rental facilities and a ski repair shop, cafeteria, pizzeria and après-ski, all under the same roof. 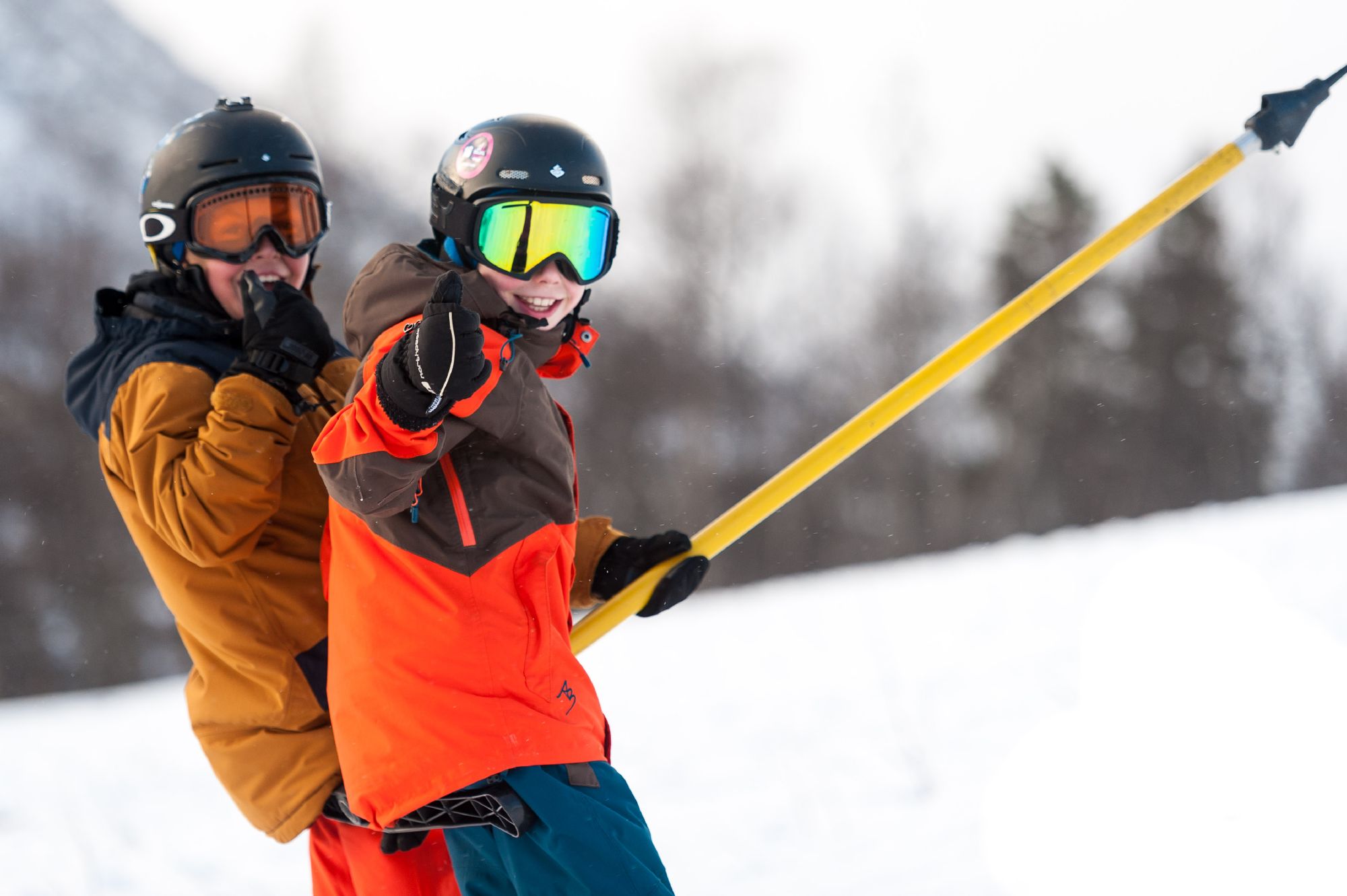 Hovden Alpinsenter is the first alpine skiing centre in Norway to implement mandatory ski helmet use. This applies to people of all ages and to every slope. Access to the lift will be denied if you turn up without a helmet. The ski shop has helmets for rent, and for children up to 6 years this is free of charge.
Alpine skiing is based on speed, excitement and challenges – and consequently entails a certain risk. According to statistics, every fifth skiing-related injury is a head injury. To eliminate this, Hovden Alpinsenter has chosen to implement mandatory helmet use from the season 2018/19.
For those using the terrain parks, a back protector will also be mandatory. Hovden Alpinsenter considers helmet and back protector as parts of the alpine skiing gear, and in case of an accident, their protective properties will reduce the injury potential substantially.
Have a wonderful and safe day on the slopes!